Staff and students represent the department in style at QMB meeting

Congratulations to all those who presented at the event, in particular those who received prizes.

And last but not least, the Nobel Laureate Professor Bruce Beutler presented the 2017 Andrew Shelling Memorial trophy (also known as the Fashionomics award) to Associate Professor Peter Fineran for his bright and eye-catching bacteriophage costume. 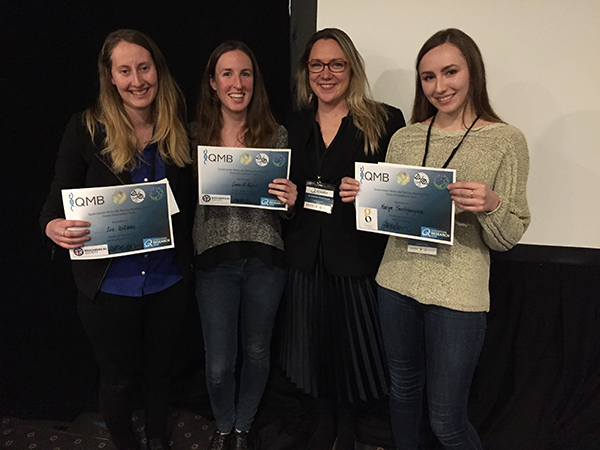 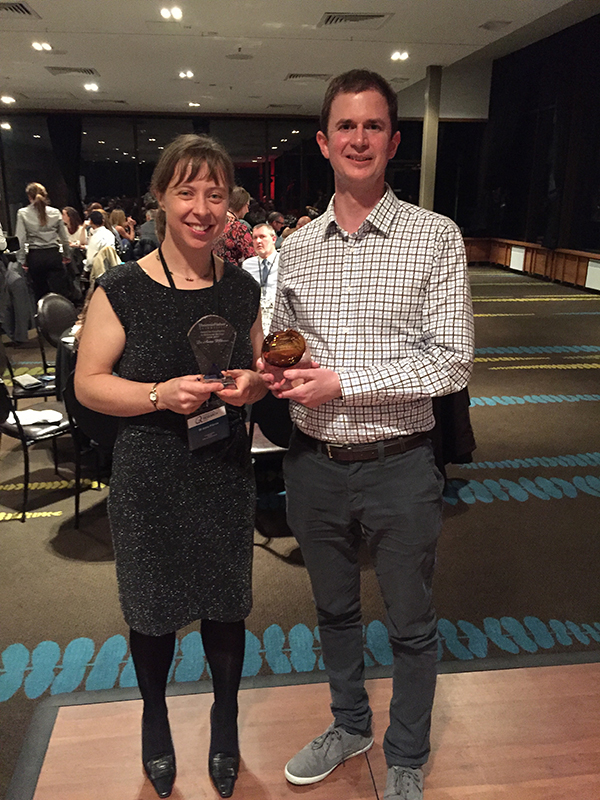 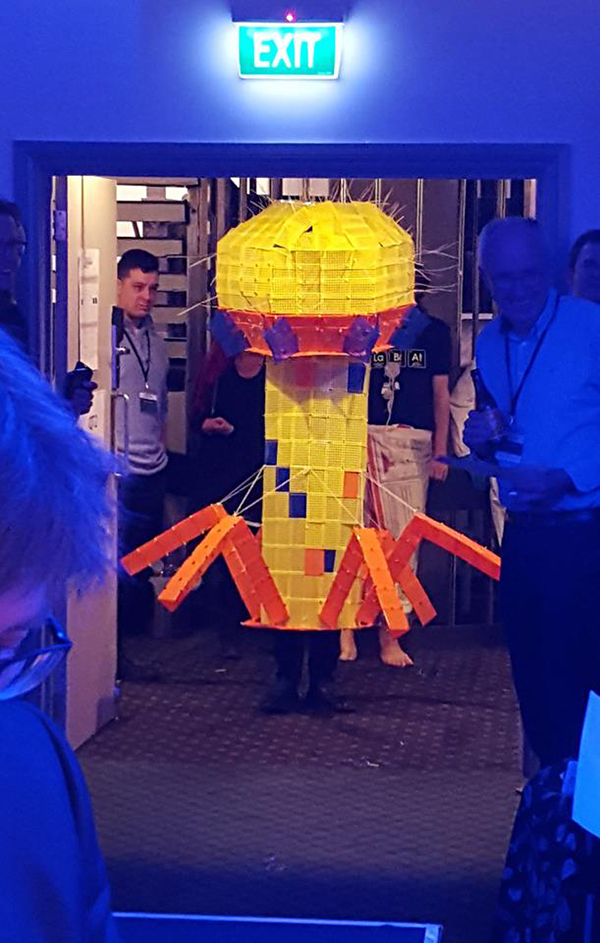 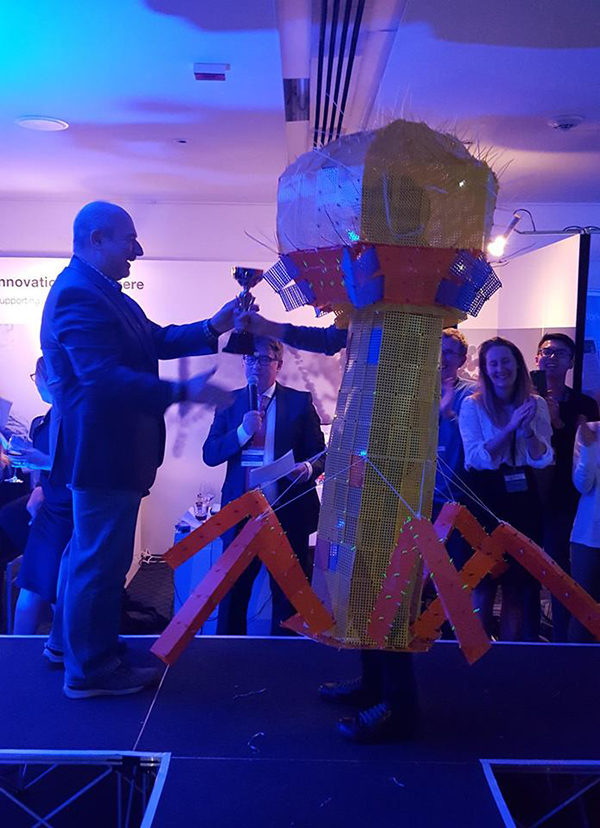 Associate Professor Peter Fineran wows the crowd and judges with his impression of a bacteriophage.