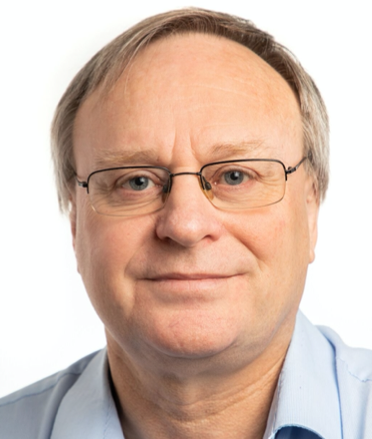 Viruses are well known for their ability to cause disease and there is an ongoing need to develop treatments for a range of viruses. Understanding the interactions between a virus and its host cell and the mechanisms of viral replication are important for the development of antiviral agents. In addition, the diversity of structure and replication found in viruses offers opportunities for exploiting the biology and properties of viruses for beneficial purposes. Our research investigates the replication of viruses and their interaction with the host for the development of antiviral agents and exploitation of virus properties for beneficial purposes. 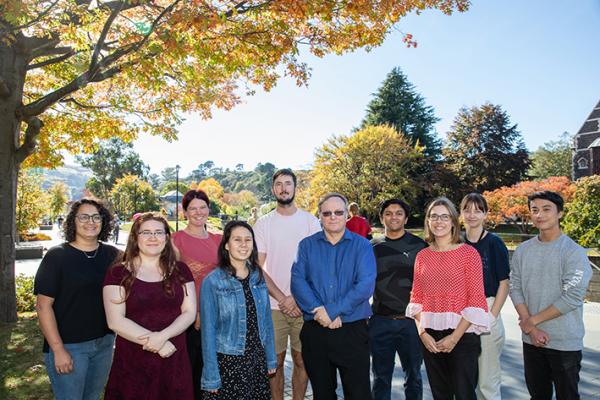 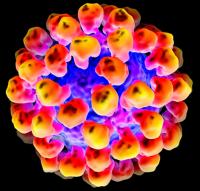 Our research group predominantly studies caliciviruses. Caliciviruses are small isometric RNA viruses with a single-stranded, positive-sense RNA genome. There are a wide range of viruses in the Caliciviridae family with members infected a wide range of animals in many different environments.

The research group has a long standing interest in insect viruses and continues to routinely use the baculovirus insect cell expression system for the production of recombinant proteins.

Globally, there are an estimated 699 million illnesses and over 200,000 deaths attributed to noroviruses annually. Norovirus infections result in $US60.3 billion in societal costs and $US4.2 billion in direct healthcare cost (Bartsch et al, 2016, PLoS One 11, e0151219). There is a clear need for rapid treatment in semi-closed environments such as hospitals, the military and aged care facilities, and where patients are immunosuppressed, such as during transplantation. There are no vaccines or direct-acting antiviral agents for noroviruses with this further complicated by the episodic emergence of pandemic strains through recombination and drift. There is an urgent need for norovirus antivirals that can be administered at the first sign of symptoms and as a prevention for spread.

Despite new systems becoming available, human noroviruses remain challenging to replicate in culture. The use of viral replicons and model viruses such as the murine norovirus continue to be important for investigating viral replication, host-pathogen interactions and the development of anti-viral agents. These systems will complement new human norovirus culture systems as they become more prevalent.

Goals of this research:

This research is supported by an MBIE Endeavour Programme Grant, The Maurice Wilkens Centre for Molecular Biodiscovery and the University of Otago.

The over-expression of the major capsid protein(s) of a range of viruses leads to the assembly of Virus-Like Particles (VLP). A well known example is the Human papilloma virus VLP that is used as a vaccine against papillomavirus infection and cervical cancer. VLP are excellent particulate vaccines.

Our interest in VLP is to use these complex particles as carriers for subunit vaccines. We were looking for a VLP that would not meet pre-existing immunity in preclinical experiments or during clinical application. We did not want to use VLP that might complicate future vaccination regimes. We wanted to be able to generate both humoral and cell-mediated immunity to provide a broadly applicable vaccine delivery platform.

We have developed the VLP derived from RHDV as a vaccine carrier for immune epitopes and proteins. This carrier is suitable for cross-presentation of MHC-I epitopes to the immmune system for the generation of cell-mediated immunity and is an effective carrier of epitopes for antibody generation through multiple delivery routes.

Goals of this research:

Baculoviruses are a core competency of the laboratory with a long history of research of these viruses for biological control of insect pests. The laboratory uses the baculovirus expression vector system as a standard laboratory tool for the eukaryotic expression of recombinant proteins, including the RHDV VP60 protein for production of virus-like particles and various norovirus proteins

We also maintain an interest in insect iridoviruses.

L Nicholson, PhD, Rabbit biocontrol, investigating the role of rabbit caliciviruses in the epidemiology of RHDV in NZ, 2017

B. Donaldson, PhD, Development of a virus-based cDNA library vaccine for colorectal cancer, 2017

E. Waugh, PhD, The regulation of chemokines by murine norovirus, 2015

S. Win, PhD, The use of virus-like particles as immunotherapies for cancer, 2011