Meet the latest addition to our staff here in the department: Daniel Pletzer.

Daniel is originally from Austria, close to the border of Italy and went to high school near Vienna. After high school he joined the army. A peace keeping mission in Kosovo, helping to support the country rebuild its infrastructure, gave him a new perspective and he realized that he wanted to focus his career on helping people. Daniel studied bioinformatics as an undergraduate degree and gained a MSc at Jacobs University Bremen in Germany. He was amazed how, in his studies he could design something on a computer and then go into the lab and create the same thing in real life.

He gained a PhD in Microbiology and then completed a small post doc in Germany. Daniel was awarded an Alexander von Humboldt Fellowship to move to Vancouver, Canada where he has spent the last 4 years working on animal models & new drugs in the context of antimicrobials.

Daniel, his partner, his dog and two cats have now travelled to New Zealand after hearing about the opportunity here in the Department. He is already in love with New Zealand and describes it as the perfect mixture of Europe and Canada. The quality of research at Otago was a main attraction for moving to the bottom of the South Island.

Daniel is excited to get his group up and running. He wants to increase awareness of antimicrobial resistance (AMR) in New Zealand as well as focusing on several infectious disease projects in the community. Daniel is particularly interested in fighting the rising skin infection rates in tamariki Māori (Māori children) and fight against health inequalities in New Zealand.

Daniel loves to snowboard. Unfortunately he has come from summer in Canada to New Zealand summer but looks forward to spending time in Queenstown next winter. We are excited to have Daniel join our department. 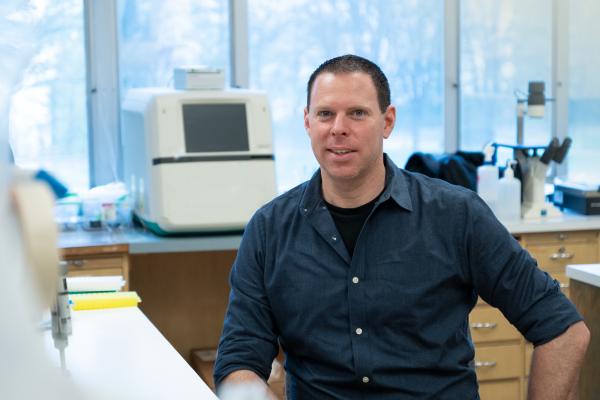