Microbiology and Immunology staff and students have had great success in the Otago School of Medical Sciences Photo Competition. Gemma Laws won both the Student Prize and the Gut Health Network Prize, the Webster Centre award went to Vernon Ward and a new category, Te Ao Maori, for the prize that best represented the Maori World, was awarded to Ros Kemp. Michael Petridis and Judith Bateup's entries were both awarded Highly Commended.

The awards ceremony was held in conjunction with the opening of the New Zealand International Science Festival, with the photos providing a stunning backdrop for the speeches from Festival Director Chris Green, Mayor of Dunedin Dave Cull, and Minister Stephen Joyce.

This year the competition attracted 107 entries from staff and students in the Otago School of Medical Sciences.  The winner of the Best Photo was Sarah Baird from the Department of Pharmacology and Toxicology for her photo "Busy, Busy, Busy". The entries can be viewed in an online gallery on the OSMS website or at the Art Society Rooms in the Dunedin Railway Station, 10am-4pm until July 13. 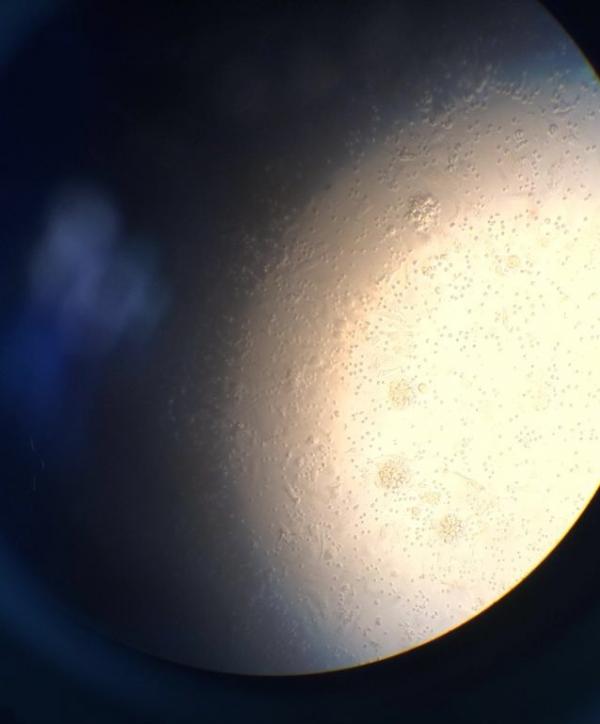 Gemma Laws' "Down the Microscope"