The 2016 achievements of staff of the School of Biomedical Sciences were recognised at the annual awards function last night, with three from the Department of Microbiology and Immunology receiving awards.

Ros has been nationally recognised for teaching excellence, demonstrating that her influence reaches far further than the University. Her 'non-linear' teaching style allows her to bring to life the complex concepts of immunology in her lectures, and her supervision skills have also received recognition with her postgraduate students not only producing top research but continually winning an impressive array of awards and scholarships. She has worked tirelessly towards implementing the Māori Strategic Framework in the department and school and runs a workshop for 400-level students, among many other initiatives.

Frank has led a team devoted to solving animal health problems since the mid 1980s, and his work has directly resulted in savings to the deer industry of approximately $80-90 million. The academic quality of his work has been acknowledged by his election as Fellow of the Royal Society of New Zealand, and he has also received the highly prestigious Pickering Medal. He founded the Disease Research Laboratory (now known as Disease Research Limited, operating under Otago Innovation Limited), to provide a commercial platform for diagnostic testing - an excellent example of the translation of academic research into commercial reality.

As the department's Compliance Manager, Megan supports researchers wishing to import or develop new organisms and facilitates the process, from background research to preparing and obtaining permits and developing operating procedures for organism handling. A significant expansion in the department has included the establishment of a PC3 laboratory, for which Megan has provided essential training and support. Megan’s contribution to research productivity is exceptional and only possible because of her in-depth knowledge of the NZ regulatory environment and biological safety and her determined attitude to help. 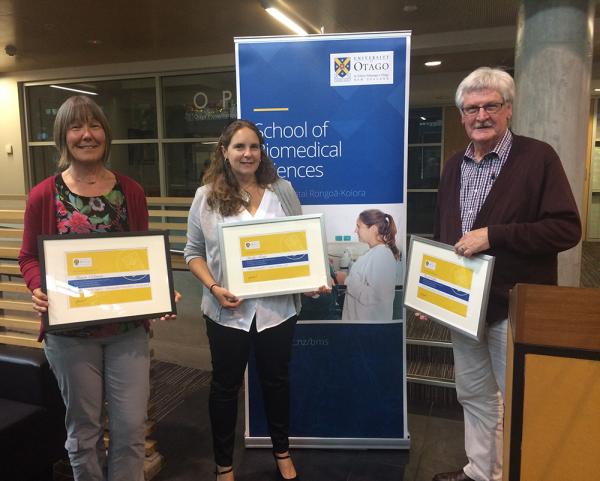 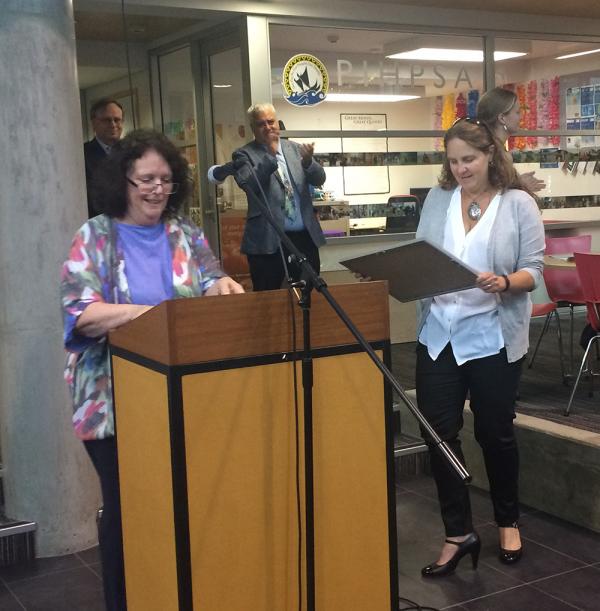 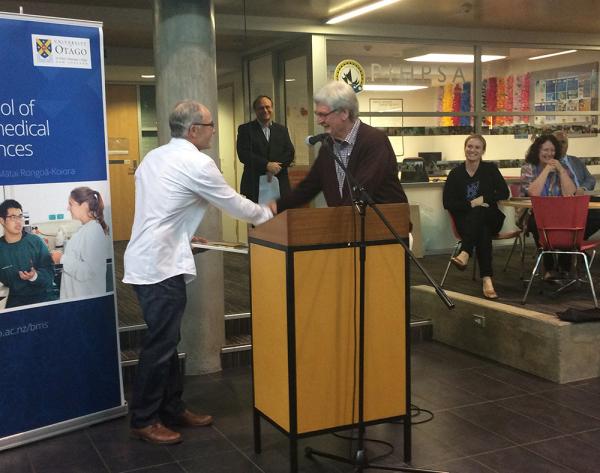 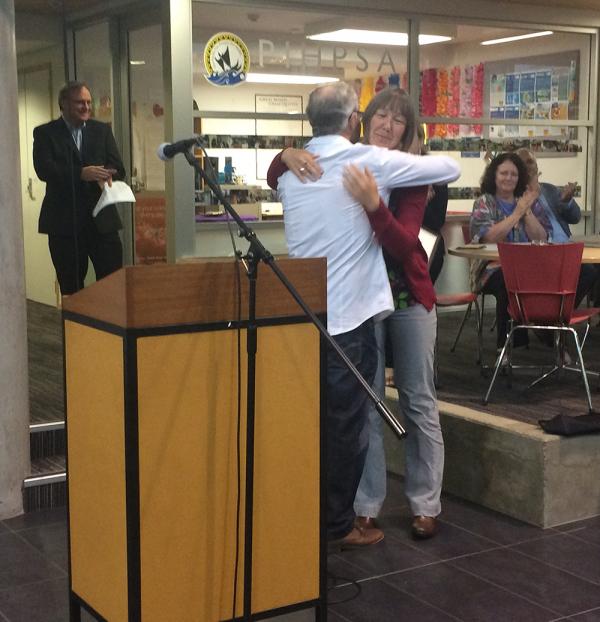