Bacteria can boost their own immune systems by “talking” to each other, as shown by a surprising new research finding led by a team from the Department of Microbiology and Immunology's Fineran Lab. The findings have appeared today in the international journal Molecular Cell.

Associate Professor Fineran says that in the same way that humans are susceptible to viruses like influenza and measles, bacteria also need to defend themselves against viruses.

“As humans, we have evolved sophisticated immune systems that enable our bodies to fight the viral infections that render us ill. Amazingly, bacteria – although single celled organisms – often possess similar adaptive immunity called CRISPR-Cas systems. But the way that these CRISPR-Cas systems function is very much different to our own immune systems,” he says.

His team’s research provides new insight into how groups of bacteria collectively defend against viral threats.

“People have long understood the advantages of living in communities and bacteria are no different, often residing in close quarters to share resources. However, there are also potential drawbacks to community life as high-density bacterial populations are more vulnerable to the spread of viruses – just like people in a crowded bus or a daycare centre,” he says.

The breakthrough came when the researchers discovered that the ability of bacteria to gauge the number of cells in their communities enabled the bacteria to boost the power of their CRISPR-Cas immune systems to prevent viral outbreaks.

Associate Professor Fineran says the bacteria sense the population density by “talking” to each other using a form of chemical communication known as quorum sensing.

“The higher the population density, the stronger the communication between cells becomes, which results in greater coordination of immune defenses,” he says.

Adrian Patterson, a PhD student and first author on the paper, says the study shows that bacterial cells preemptively elevate their immunity when they are most at risk of a virus spreading through the population.

“They both increase their ability to generate new immune memories and strengthen existing immunity by up to 500-fold,” Mr Patterson says.

The role of CRISPR-Cas in providing bacteria with viral immunity was only discovered in the past decade.

The systems create genetic memories of specific past viral infections by taking little snippets of the viruses’ DNA and storing them in memory banks to aid in recognising and destroying future infections.

One of the least understood aspects of the CRISPR-Cas field is how bacteria control the activity of these systems. Too much activity can result in an autoimmune-like disease, killing the host cell, but too little activity might allow viruses to wipe out entire bacterial communities. The team’s research shows that by openly communicating with each other, bacteria strike the right balance between these two outcomes.

“Lately we have made significant advances in understanding how they function. The really exciting part of our most recent discovery is that we predict the communication-based coordination of CRISPR-Cas immunity to be widespread throughout bacterial species.”

The team’s research was supported by a Rutherford Discovery Fellowship from the Royal Society of New Zealand and through its Marsden Fund. 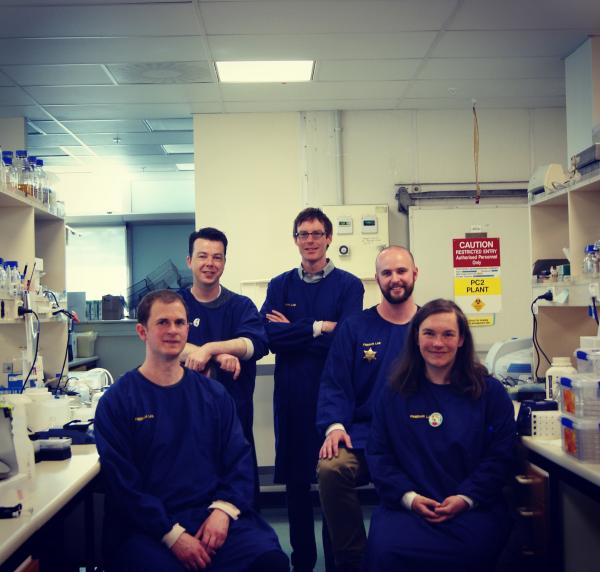