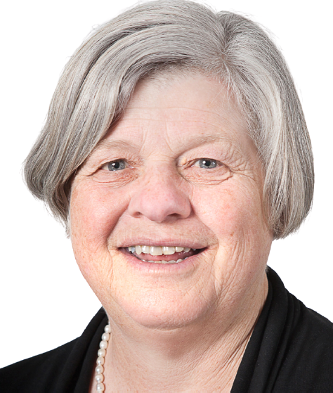 Dr McConnell is a Research Associate Professor in the Department of Microbiology and Immunology. Current research in her group, as part of a wider Ag Research MBIE funded project (with Aladin Bekhit Food Science and Alan Carne Biochemistry), is primarily centered on the immunomodulatory effects of sheep milk in comparison with cow and goat milk, along with the microbiological status of the sheep milk.  The sheep industry is a relatively young industry in New Zealand and the milk is predominantly used for cheese making in addition to some baby formula for the Chinese market. As part of the project she is co-supervising a PhD student Keegan Burrow from the Food Science Department who is investigating the bioavailability of minerals in sheep milk.

She is also co-supervising another PhD student Yakun Hou who as part of her PhD study. is investigating the bioactivity and anti-microbial effects of extracts from kina shell and spines

In addition, along with Professor Greg Cook and his team she is investigating new sanitisiers for mastitis. This research that has been funded by AgMardt and MBIE.

As well, Dr McConnell has an interest in the normal microflora of the gastrointestinal tract and is continuing some collaborative work with Dr Heather Brooks in the Department Pathology on necrotizing enterocolitis (NEC). NEC is an acquired intestinal disease primarily found in premature neonates and which has a high mortality rate. At present, it is a disease of unknown origin, although many factors including microbes, an immature intestinal epithelial barrier and an immature host defense system have been implicated. Current research is centred around the use of probiotic strains of bacteria and how they may prevent disease.

Newer research in the laboratory is centered around collaborations with the Centre for Materials Science and Technology (Dr Azam Ali)and the Department of Chemistry (Dr Jaydee Cabral).  We are currently homing a 3D bioprinter and along with Dr Jaydee Cabral and Dr Azam Ali had a Masters student  (thesis under examination) Eve Hewitt who investigated the use of milk proteins using melt electro-writing to develop a scaffold for wound healing. We also have a PhD student Tajul Islam who is making new wound dressing incorporating anti-microbial natural product extracts using an ecletorspinning technique.

In 2018 we had a 4th year honours student Carmel Donald who was working on a project as part of the masitis MBIE to find new compounds effective against biofilms and the mode of action of the compounds.

Sonya Mros is the senior research technician and lab manager for the group and assists the students with their projects and learning new techniques as well as taking the lead role in externally funded projects.

Bekhit A.E. A., S. Mros, M.A. Ali and M. McConnell Chitosan is a highly effective in vitro antibacterial agent against the strains of bacteria causing footrot but is not effective in treating stage four footrot on farm. 2015 Proceedings of the New Zealand Society of Animal Production. Vol 75: 172-174

Mros S, Ali MA, Bekhit A, McConnell M (2012). In vitro evaluation of the antimicrobial effects of chitosan against bacteria involved in ovine footrot. Proceedings of the New Zealand Society of Animal Production 72: 196-198

Biological Acitivity of Lipid and Protein Derivatives from Bovine Milk on Human Rotavirus strain Wa in vitro M A McConnell, G Buchan, C, Fitzpatrick and A MacGibbon WO 2009/020405