Viruses are a national security issue, and we need a budget to fight them. - Dr Matloob Husain

Every country in the world needs to treat #COVID19 as a national security issue, and allocate a budget for virus research and development that is similar to a defence budget"Check out this fantastic science communication piece by Dr Matloob Husain from the Department, where he emphasizes the need for preparedness around potential virus spillover from animals.

OPINION: In 2007, one invention set the foundation of telecommunications boom of the 21st century. The iPhone caught the whole world's attention, and soon  pretty much everything became accessible, even to poorest of the poor, through the touch of a finger.

While the world emphatically responded to this boom, it remained rather oblivious to the other – a virological boom taking place, almost in parallel, in nature. Since the dawn of the 21st century, at least nine viruses have emerged in humans and caused severe outbreaks in different parts of the world. Two of them, influenza virus H1N1 and the Sars coronavirus 2.0, or Sars-CoV-2, went on to cause pandemics in 2009 and 2020, respectively.All the signs of an impending pandemic were there. Yet the response to Sars 2.0 indicates that, despite so much advancement in medical sciences, the world was not prepared to deal effectively with it. The only consensus response was lockdown, during which a smartphone became life's essential.

While we are in lockdown, Sars 2.0 is still out there and spreading, and we don't really know what will happen post-lockdown. The only hope is a vaccine and real antiviral drugs, the availability of which is still at least a year or two away.Viruses are part of our ecosystem, and it is not that easy to get rid of them. Many viruses are endemic in the human population, and either we don't have a vaccine against them or, if we do, we don't vaccinate everyone. 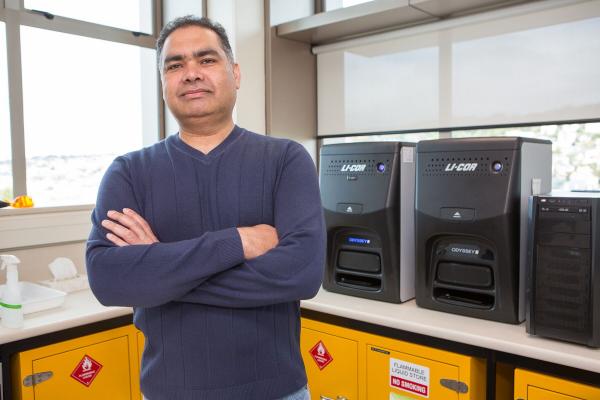 Dr Matloob Husain, a virologist in the Department of Microbiology and Immunology, Otago.

Many viruses, including Sars 2.0, contain ribonucleic acid (RNA) as their genetic material (analogous to the operating system in smartphones). In evolutionary terms, RNA is an error-prone molecule and highly amenable to mutations. Hence, viruses continuously evolve, and such viral plasticity precludes the development of effective vaccines and antiviral drugs. If such measures are successfully developed against some viruses, they require regular updating (just like regular updates in a smartphone).

In addition to humans, many viruses have other hosts, such as bats (Sars, Ebola), birds (influenza) and mosquitoes (Zika, Dengue), of which many species are migratory. It is likely that the next pandemic could occur due to climate change because of mosquitoes migrating to temperate regions.

Bats, particularly, harbour many viruses. Sars 2.0 will not be the last virus to transmit from bats to humans, even after some people stop eating bats, because bats can also transmit a virus to humans through bites, faeces and urine, or through intermediate hosts such as camels or civets.Therefore, it is practically impossible to eradicate viruses from nature, and many will live as long as their hosts will live. The main reason smallpox has been eradicated, and poliovirus is close to being eradicated, is because humans are their only known hosts.

But we can overcome viruses by continuously studying them, developing effective diagnostics, vaccines and antiviral drugs and, once developed, keep updating them. Hospitals need to be prepared for a pandemic by having reserve beds, equipment and staff on standby, with regular pandemic drills. Airports need to have quick screening tools, and hangars  for isolating or quarantining infected passengers.

Every country in the world needs to treat this as a national security issue, and allocate a budget for virus research and development that is similar to a defence budget. No war or conflict, as mindless as it is, could cause the unnecessary loss of lives and disruption in productivity, economic growth and normal life worldwide as this coronavirus pandemic has caused within a short period of time, and there is still no end in sight.

We need to remember that a pandemic virus can emerge anywhere, any time. Nobody knows when and where. But when it does, with such precautionary measures in place, the world will be ready to respond effectively without going into another lockdown.