Professor Frank Griffin has officially retired, with yesterday marking the last day of a spectacular research and teaching career. However his involvement with the department will continue with the new title of Emeritus Professor. Frank will also continue as the director of new research theme Ag@Otago.

For more than 30 years, Frank has led a research team devoted to solving animal health problems in the deer industry, including developing diagnostic tests for the detection of two major bacterial diseases - bovine tuberculosis and Johne's disease - and a vaccine for the prevention of yersiniosis. Disease Research Limited continues as a successful entity, now a part of Otago Innovation Limited.

As well as making an extraordinary contribution to research in the department, Frank has been a much-loved lecturer for many generations of students, something he has always enjoyed and conducted with enthusiasm.

"It's been absolutely amazing. I've had a party every day; it's really been fun,'' he said.

Frank maintains that his retirement is not a sad occasion, as it is important, "irrespective of how relevant your work is'', to vacate academic space to bring in younger people with new skills. 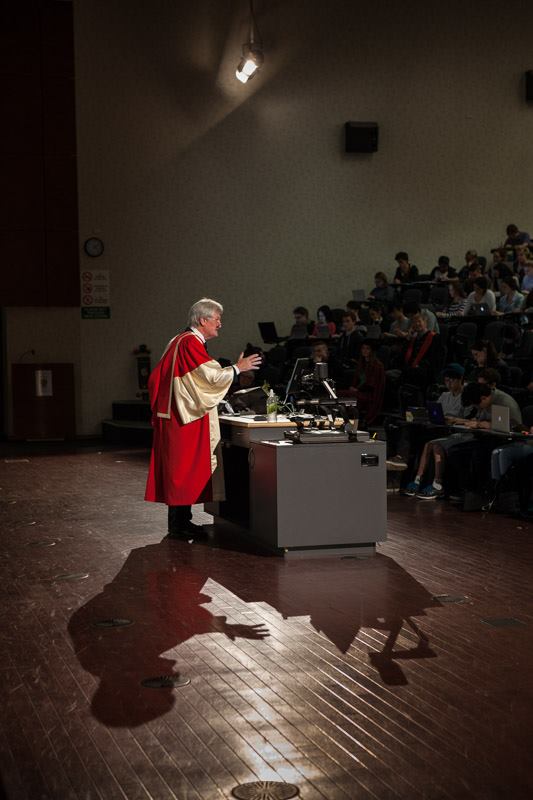 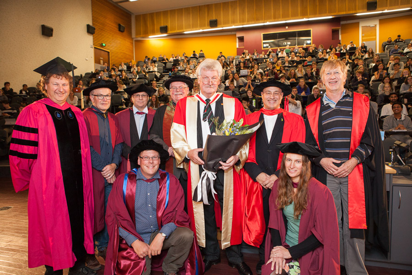 Staff present Frank with flowers after the lecture 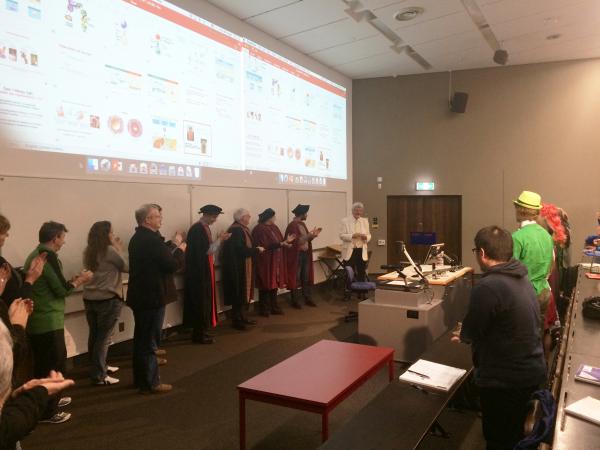 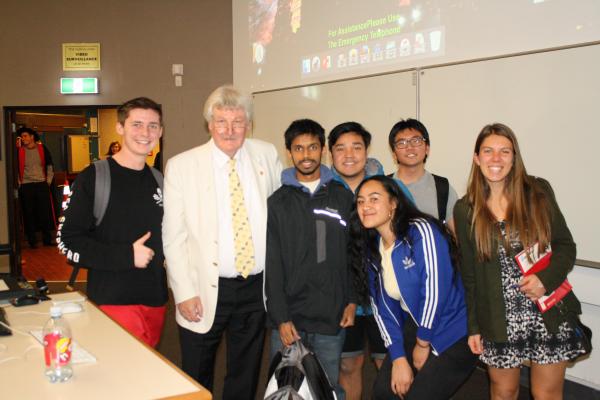 Students pose for a photo. There were also a few selfies with their lecturer!