Yesterday evening the Science Community of Otago launched its new monthly lecture series "Let's Talk Science". The informal lectures are aimed at any students with an interest in science, and feature popular University of Otago science lecturers.

Professor Frank Griffin was invited as one of the speakers for the first event, along with the Department of Anatomy's Associate Professor Christine Jasoni.

Frank spoke of his background, career highlights and provided some inspiration and advice to those considering a career as a scientist. His talk was eagerly received by the students attending, who followed up with lots of questions on topics such as the future of science and making the transition from undergrad to postgrad study. 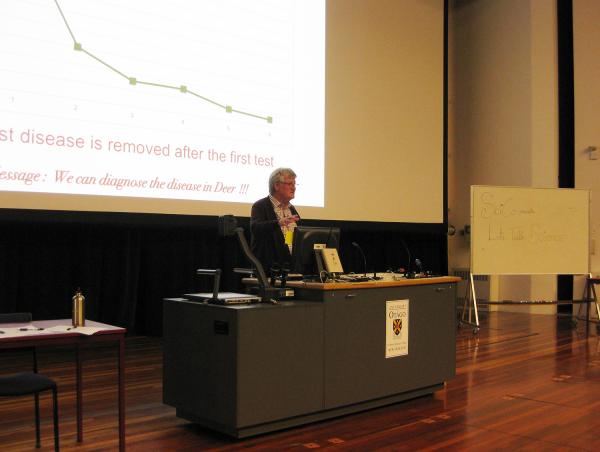