The Distinguished Researcher of the Year award was presented in absentia to Associate Professor Peter Fineran, however he acknowledged via video recording that the prestigious award was the result of an incredible team effort.

The awards were presented at an end of year function last Friday, to celebrate the end of the year and the successes of the school's staff. Of particular note, this year more than $45 million in external research grants was received by the departments and research centres of the school, setting a record. 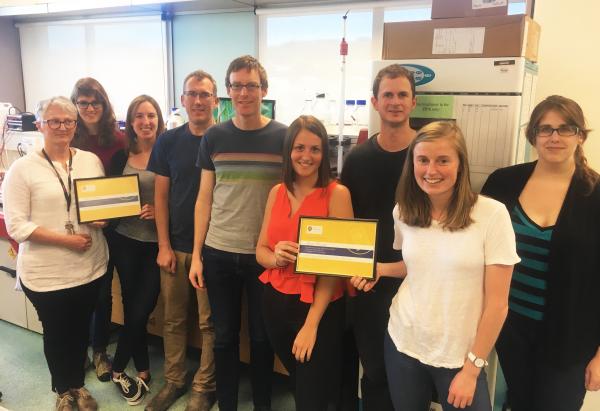 Members of the Fineran Lab with the two prestigious awards received at Friday's event.