The DRL (Disease Research Laboratory), led by Professor Frank Griffin, has obtained a $92,000 grant provided by AGMARDT, accompanied by $69,000 worth of industry co-funding, to develop improved parasite diagnostic tests for the farming sector.

The project also aims to identify biomarkers associated with protective immunity and host resistance. This will build on past work with Johne's disease, another significant infectious disease affecting ruminants.

The group aims to develop rapid, quantitative and species-specific DNA tests for parasite eggs and larvae that are shed by affected animals, as an alternative to conventional methods and as an adjunct to routine Johne’s testing. Improved diagnostics will allow infected, susceptible animals to be identified while the resilient, resistant animals with protective immunity can be isolated for further study.

Parasitism ranks as the most costly type of infectious disease affecting New Zealand livestock. The current strategy to control parasitic disease is expensive, produces chemical residues and results in the development of drug resistance, which limits long-term utility.

It is hoped that data derived from a study of red deer will also translate to different ruminant species, allowing for improved parasite management systems across the primary sector. 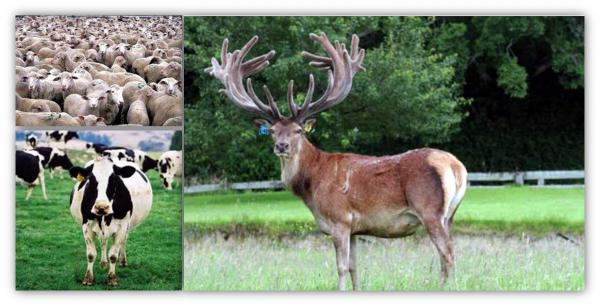