Department wins Marsden funding worth a total of $1.86 million

The University of Otago is celebrating its most successful Marsden funding round ever, with four grants worth a total of $1.86m awarded to Department of Microbiology and Immunology researchers.

Projects are selected annually in a rigorous process by ten panels who are guided by the opinions of world-leading, international researchers. It is administered by the Royal Society Te Apārangi and funded by the New Zealand government.

The grants are distributed over three years and are fully costed paying for salaries, students and postdoctoral positions, institutional overheads and research consumables.

T-cell-based immunotherapy has shown great success for the treatment of haematological cancers – with emerging potential for the treatment of solid cancers. However, successful chimeric antigen receptor (CAR) T cell therapy is limited by both the low persistence of CAR T cells, as well as the low differentiation rate into memory T cells. In lymphoma patients treated with anti-CD19 CAR T cells, clinical responses are associated with rapid CAR T cell expansion. To improve control of T cell expansion, we will utilise an auto-inducible promoter to enhance CAR T cell survival and memory responses. The design will allow pro-survival genes to be selectively and transiently switched on in T cells in contact with cancer-associated antigens. This will not only boost in vitro expansion, but will also enhance the activity of adoptively transferred antigen-specific CAR T cells in the patient. Our strategies are designed to result in minimal perturbations to the genetic structure of CAR T cell constructs. However, these original approaches will greatly improve the utility of CAR T cells for the treatment of both leukaemias and solid tumours.

Tuberculosis is now the leading cause of death by a single infectious agent worldwide. Infections with Mycobacterium tuberculosis are treatable, requiring a six-month combination therapy. However, drug resistance has rendered many of these antibiotics ineffective. New antibiotics represent lifelines in the fight against M. tuberculosis but without rationally designed combination therapies the development of resistance is inevitable. Drug resistance in M. tuberculosis occurs via chromosomal mutations that often incur a biological cost. Resistance against a single class of antibiotics can also render microbial cells hyper-sensitive or resistant to unrelated classes of antibiotics via a phenomenon termed collateral sensitivity. Using a combination of microbiological and genetic approaches this research will identify resistance mechanisms that sensitize M. tuberculosis to alternative clinically relevant drug classes. Antibiotics with overlapping collateral pathways will be tested for an ability to prevent the emergence of resistance and to rapidly kill drug resistant strains. This research has the potential to identify novel antibiotic combinations that can prevent the emergence of resistance and also shorten the duration of treatment. It is anticipated that these methodologies and results will be applicable to other bacterial pathogens where antimicrobial resistance is an emerging problem.

Antibody-based targeting of immune cells against blood cancers is highly effective, however treatment of solid tumours, whilst promising, is also challenging due to potential adverse effects, where normal tissue can be attacked. As solid tumours possess an acidic (low pH) microenvironment, we propose to exploit this unique feature by the modification of antibody structures to allow binding specifically at low pH, but not at the neutral pH of normal tissue. We aim to modify both antibodies currently in use within clinical trials to increase their safety, but also to discover novel antibodies that naturally bind exclusively at low pH. In addition, we will genetically engineer immune cells to display both a receptor to target cancers, as well as a naturally occurring pH-dependent protein receptor to act as a safety switch. This will ensure the anti-cancer immune cell will only be capable of attacking the tumour cell when it receives two signals, that is the recognition of the cancer cell and the presence of low pH. The work will increase the clinical safety of antibody-based treatment of solid tumours for improved patient outcomes. 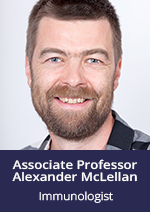 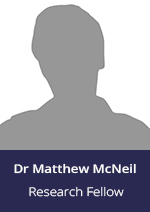 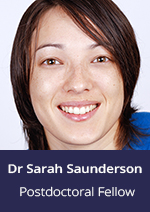