A research project led by Professor Gerald Tannock and Dr Blair Lawley, aiming to investigate the metabolites in urine in relation to Crohn's Disease, has received funding from the USA's Broad Medical Research Foundation.

The project entitled Short-term exclusive enteral nutrition (EEN) of Crohn’s disease (CD) patients in the recognition of urine biomarkers of bowel inflammation has been funded around NZ$100,000.

The research team has proposed that exclusive enteral nutrition (liquid food that provides all nutritional needs) will reduce the variation of urinary metabolite profiles in newly-diagnosed patients. Controlling the huge variety of foods that humans normally eat, and thereby reducing metabolite variation, will help researchers to discover biomarkers associated with bowel disease. It is expected that the urine biomarkers will correlate with disease activity, providing a robust but non-invasive method of monitoring the progress of the disease.

Currently, colonoscopy and cross-sectional imaging are used for assessing inflammation, but they are invasive and expensive. Although blood and fecal testing is cheaper and more accessible, these methods are not reliable enough on their own. The development of new biomarkers of disease activity is important because it may provide a better way of monitoring the response to therapy. 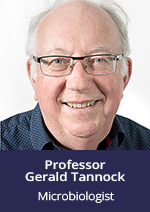 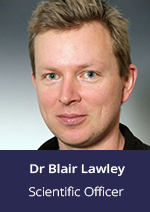