This Margaret and John Loutit prize commemorates Margaret and John Loutit who began their association with the Department in 1955 – an association that continued for 35 years. Margaret was appointed to a full time lectureship in 1967. During their time in the Department both Margaret and John contributed greatly to the teaching, administration and research within the Department and within the wider University and Otago Polytechnic communities. John’s research involved genetics of Pseudomonads and he published the first report regarding genetic recombination in this genus. Margaret’s research involved microbial communities in soil and water and the role of bacteria in the passage of heavy metals through the food chain. A passionate teacher, Margaret was also highly regarded for her care and concern for the students.

The prize is awarded annually by the University Council on the recommendation of the Head of Department, Microbiology and Immunology to the student who completes a BSc (Bachelor of Science) in the year the prize is awarded and who obtains the best marks across four 300-level MICR papers (MICR360 excluded). This prize has a value of $500.

The recipient of the Margaret and John Loutit prize for 2019 is Samuel Sartie. 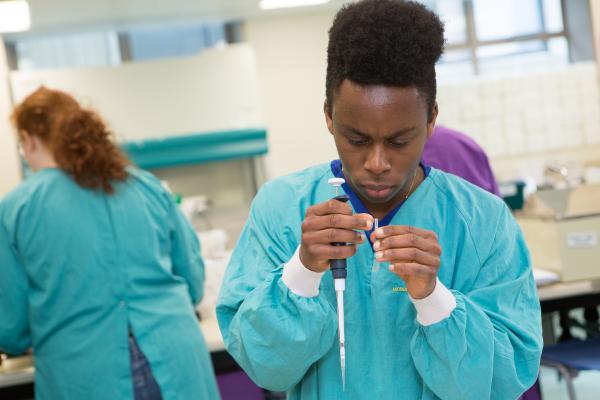 Samuel Sartie hard at work in one of his MICR337 Virology Labs.

The John Miles prize commemorates Professor John Miles, who was responsible for the establishment of the Microbiology Department at the University in 1955. He was affectionately known as the father of Microbiology for his work at the university, as president of the Royal Society, as a member of the Medical Research council and as a World Health Organisation expert committee on arthropod borne diseases. He headed the Department for 23 years, and in that time oversaw the design and construction of the building that houses the Department today. His primary research interest was viruses and arthropod-borne diseases such as Dengue fever and Ross River virus, which required him to travel extensively in particular in the Pacific but also to Europe, South America, the Antarctic and behind the iron curtail in Russia. He was awarded a CBE in 1971 in recognition of his work.

The prize is awarded annually by the University Council on the recommendation of the Head of Department, Microbiology and Immunology to the top ranked BSc(Hons) (Bachelor of Science with Honours) student in Microbiology - MICR490 (50% weighting) plus three other 400-level papers. The prize will be awarded for the first time in 2015. This prize has a value of $500.

The recipient for the John Miles Award for 2019 is Caitlan Smart. 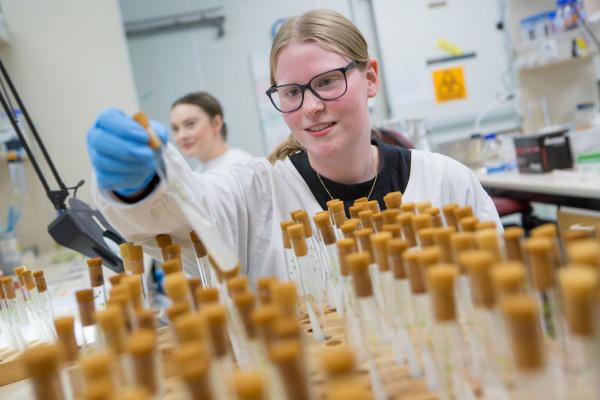 Caitlan Smart completed her BSc (Hons) in the Ronson Lab.